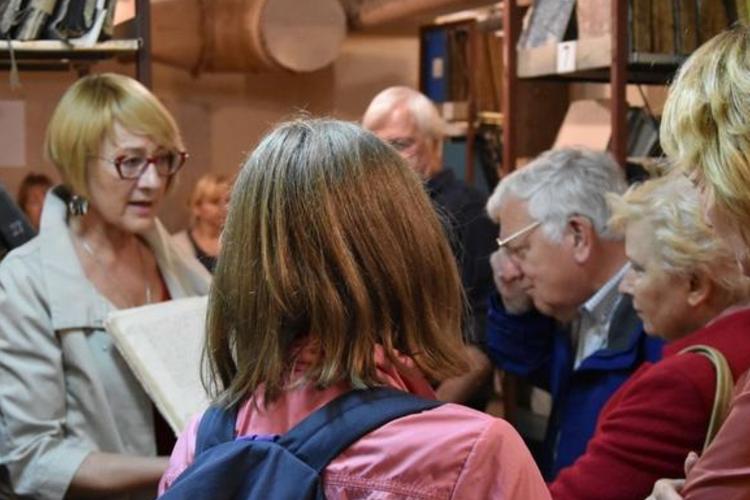 My name is Robert Normant (a.k.a. Bob Normant).  Although not born in Lithuania, I have a Lithuanian heritage. All ​​four of my grandparents immigrated to the U.S. (Chicago) from "Lithuania" between 1906 and 1913. 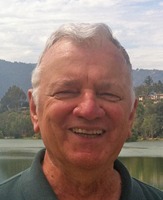 ​I grew up in Chicago in the 1940's in a Roman Catholic parish (All Saints) that was ethnically Lithuanian, and attended the parish grammar school.  My maternal grandparents were in the same parish, and lived for many years on the second floor of our 2-level house in the Roseland neighborhood of Chicago.  My paternal grandmother had died in Chicago in 1938, before I was born.  My paternal grandfather had re-married, and was in the nearby SS. Peter & Paul Roman Catholic parish (another of the ethnically Lithuanian parishes in Chicago).  I remember hearing people speak Lithuanian, but this was generally the people in my grandparents' generation.  In that generation, at that time, it seemed that they all spoke English (with varying degrees of accents), but they would often speak in Lithuanian within the Lithuanian-speaking community.  With respect to my parents' generation, they tended to speak English almost exclusively.  The attitude of both generations seemed to be one of respecting their Lithuanian heritage but blending into America with people of other cultures.

​The end of the Cold War was really the beginning of my interest in Lithuanian genealogy.  I started doing family tree research around 1990.   Prior to that, I didn’t have much interest in it.  I certainly never asked any of my grandparents about their lives or family in Lithuania.  They never really talked about it on their own, and so it seemed that maybe they weren’t that interested in doing so, and at the time it wasn’t of any special interest to me, so we never talked about it.  (My parents told me a similar story about why they didn’t know very much about the pre-U.S. history of their parents, but my parents did have some limited information.) When I was growing up in Chicago in the 1940’s and 1950’s, everyone seemed to have the idea that we’d never know much about our ancestors in Lithuania, because the Soviet Union had forcibly annexed Lithuania (as one of the many Soviet Socialist Republics), and there was no access to the records there, and there was only very limited access to the people there.  Also, it was widely believed that most of the church parish records had been destroyed during the various wars and foreign occupations, so that there were really no records to be found even if access were allowed.  Then the Cold War ended, and records in Lithuania suddenly became accessible (through the Lithuanian State Historical Archives (Lietuvos Valstybinis Istorijos Archyvas (LVIA)).  At that time, I thought this was a “window of opportunity” that might close again at any moment, so I started the quest to see what I could find about my Lithuanian ancestors.  I started by collecting information about my grandparents from family, relatives, and records in the U.S.  At that time, U.S. records were only on microfilm reels that could be viewed at the branches of the National Archives, so obtaining information was much more time-consuming than today. By 1993, I had enough information about my grandparents that I could write to LVIA (e-mail not invented yet) in Vilnius and ask them to search for their birth and other records.  I obtained many records during 1993 and 1994 (at that time there were only paper photocopies).  I became interested in trying to read the records (which were written in Russian, Polish, and Latin) and bought the Polish and Russian volumes of the "In Their Words" books by Shea & Hoffman when they became available (References 1 and 2 on the "References" page of this website).  Over the years I gradually translated the records of my ancestors.

​To continue the search for ancestors, I have hired over the years at least 3 professional researchers in Vilnius, and I continue to use the services of a professional researcher.  But something new happened in the last few years which now allows me to do part of the research myself.  Specifically, there is now a growing online database of the digitized birth, marriage, and death registers of some (nowhere near all) of the Roman Catholic parishes in Lithuania.  Because some of my ancestors lived in those parishes that had online digitized records, I started to search for my ancestors in those records (and the "In Their Words" books became almost indispensable in that effort).

In 2009, I visited Lithuania to visit the villages, towns, and churches of my ancestors. One day my guide and I had an afternoon meal in Radviliškis with the relatives of my paternal grandfather, and another day we had brunch at the home of the pastor of Tverečius church, which was the parish of my maternal grandmother.  It was a wonderful experience.

On the 2016 "International Archives Day" Tour of the Archives (LVIA) in Vilnius
(I'm the man wearing glasses.)

I've been engaged in this Lithuanian genealogy "hobby" since about 1990.  I have accumulated quite a bit of information and experience that might be of use to others who are trying to find their Lithuanian ancestors.  This website is my attempt to pass on that information and experience, and also some records excerpts that I've made over the years.  It also allows me to add a new "hobby" of learning how to build a website.